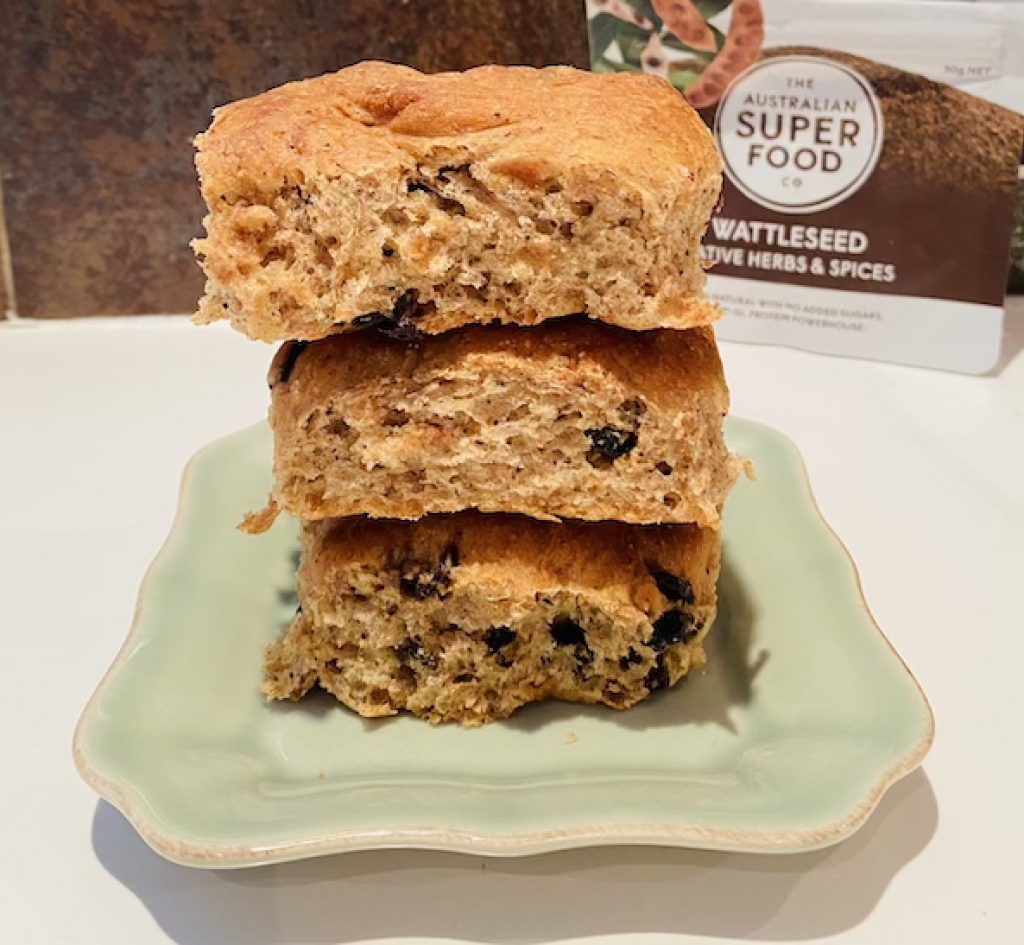 • 3 cups organic plain flour + extra for kneading
• 1 cup organic wholemeal Spelt flour
• 14g dried yeast (2 sachets) please check date
• 1/4 cup sugar (you can use coconut/brown)
• pinch himalayan salt
• 1 teaspoon ceylon (true) cinnamon
• 1 teaspoon wattleseed
• 1 1/2 cups currants
• 40g butter
• 300ml oat/nut mylk
• 2 large free range eggs
I used a recipe from Maggie Beer but didn’t have any allspice so I used Wattleseed and cinnamon instead. I have also made changes for this to be a healthier version – organic flour, adding some fibre with the spelt and using nut mylk instead of dairy. You could take out the currants and add in other dried fruit such as cranberries (check for added sugar), carob chips, or nothing at all. Also I don’t bother with the cross – not for any reason other than I am lazy when it comes to cooking. That’s why my recipes are always simpler than some of the celebrities that tend to do a lot of faff that you don’t need to!
1
Sift the flours and add mixed spice and currants in a large bowl, mix well to combine
2
Make a well in the centre and add yeast and sugar
3
Melt Butter in a small saucepan over medium heat, once melted - add the milk. Heat for 1 minute, or until lukewarm
4
Add eggs to mylk/butter mixture and beat with a fork
5
Pour eggs/mylk mix into the well of the flour/currant mix
6
Combine Using a flat bladed knife to mix the dough until it almost comes together, then using clean hands, finish mixing to a soft dough
7
Turn onto a floured surface. Knead for 10 minutes, or until the dough is smooth. Kids love this bit! #bringonthegrandies
8
Place into a lightly oiled bowl, cover with a clean tea towel and set aside in a warm place for 1 1/2 hours until double in size
9
Remove from bowl and knead for a minute
10
Roll into a sausage shape and cut into 12 pieces. Roll each ball and place on lightly greased tray
11
Cover with tea towel and leave to rise for 30 minutes
12
Preheat fan forced oven to 170 degrees C
13
Bake 20-25 minutes

Aboriginal Australians traditionally used wattleseed to make a type of flour. They cooked this in the ground using hot coals and hot rocks.

Wattleseed contains potassium, calcium, iron and zinc in fairly high concentrations. It has a nutty taste that lends itself well to sweet baking. 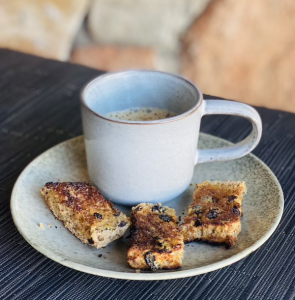 • Real butter and a nice cup of coffee/tea